After crashing out of Power Series Round 6, ACCELERATE Special Gasoline brand ambassador Giordano Lupini had his sights set on the premier podium place in Power Series Round 7, held at Killarney on Saturday, 7 September. Read more… 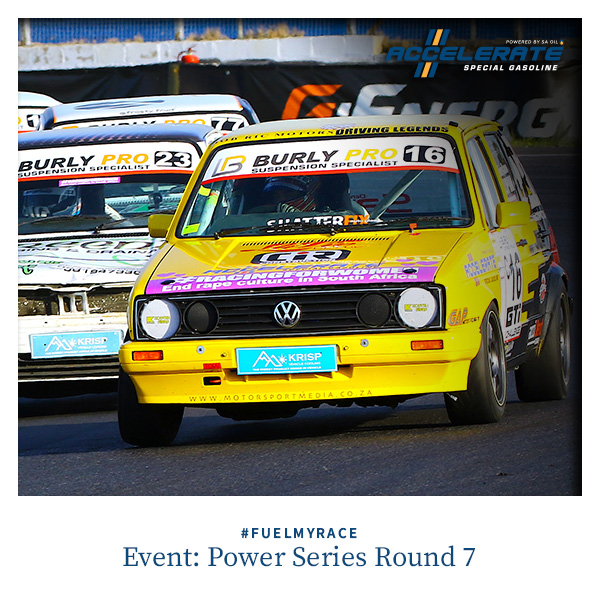 Getting the Go back in the Go-Go Golf…

After last week’s setback, it was a race against time to get the yellow Golf back on track – but back on track it was, and then some, with a pole position after qualifying. Despite some gearbox problems (no second gear!), Giordano managed to power his way to a win. But in Race 2, disaster struck once more – an overheated engine forced Giordano out of the running just two corners from the finish line.

Watch his performance in Round 7 here!

Looking forward to Racing Round 8!

Despite the result, Giordano hangs on to his championship lead and will continue to hunt down that overall title when racing resumes in a few weeks time.  Catch the action of Wingfield Motors’ Power Series Round 8 on Saturday 19 October and give #TeamGiordano your support!

The Fuel You Can Rely On

Mechanical troubles might put a spanner in the works, but ACCELERATE Special Gasoline won’t let you down! For super results, fill up with this super-fuel!