The tenth edition of the Jaguar Simola Hillclimb was bigger, better, and wetter than ever before! Four days of non-stop action, roaring engines and cars of every calibre, including some big wins for our ACCELERATE Special Gasoline fuelled racers. Get the scoop here… 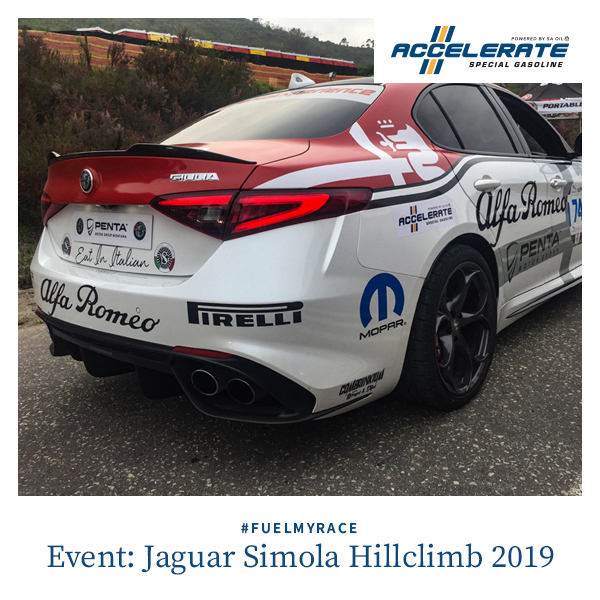 Fans from around the country and beyond flocked to Knysna for the tenth edition of the ever-popular Jaguar Simola Hillclimb, eager to watch supercars and super drivers race it out in the Classic Car Friday and the King of the Hill Shootout events. Despite a mostly wet weekend, fans, teams, and drivers were not deterred. The drivers delivered some of the best racing seen at the prestigious event with records being set, new personal bests and some great wins – much to the great excitement of the attending fans!

Penta Motor Group’s ACCELERATE Special Gasoline fuelled Alfa Romeo Giulia Quadrigoflios were a fan favourite, driven by two South African racers who gave it their all, despite the wet weather. Both Giulias and their drivers, Pierre Bester and Piet Potgieter, qualified into the top ten Road and Super Car Shoot where Bester secured 7th place and Potgieter achieved 9th. But their tanks weren’t empty yet! The two racers put the pedal to the medal and achieved 2nd (Bester) and 3rd (Potgieter) in the A3 class races, dominating the class and making us all proud! 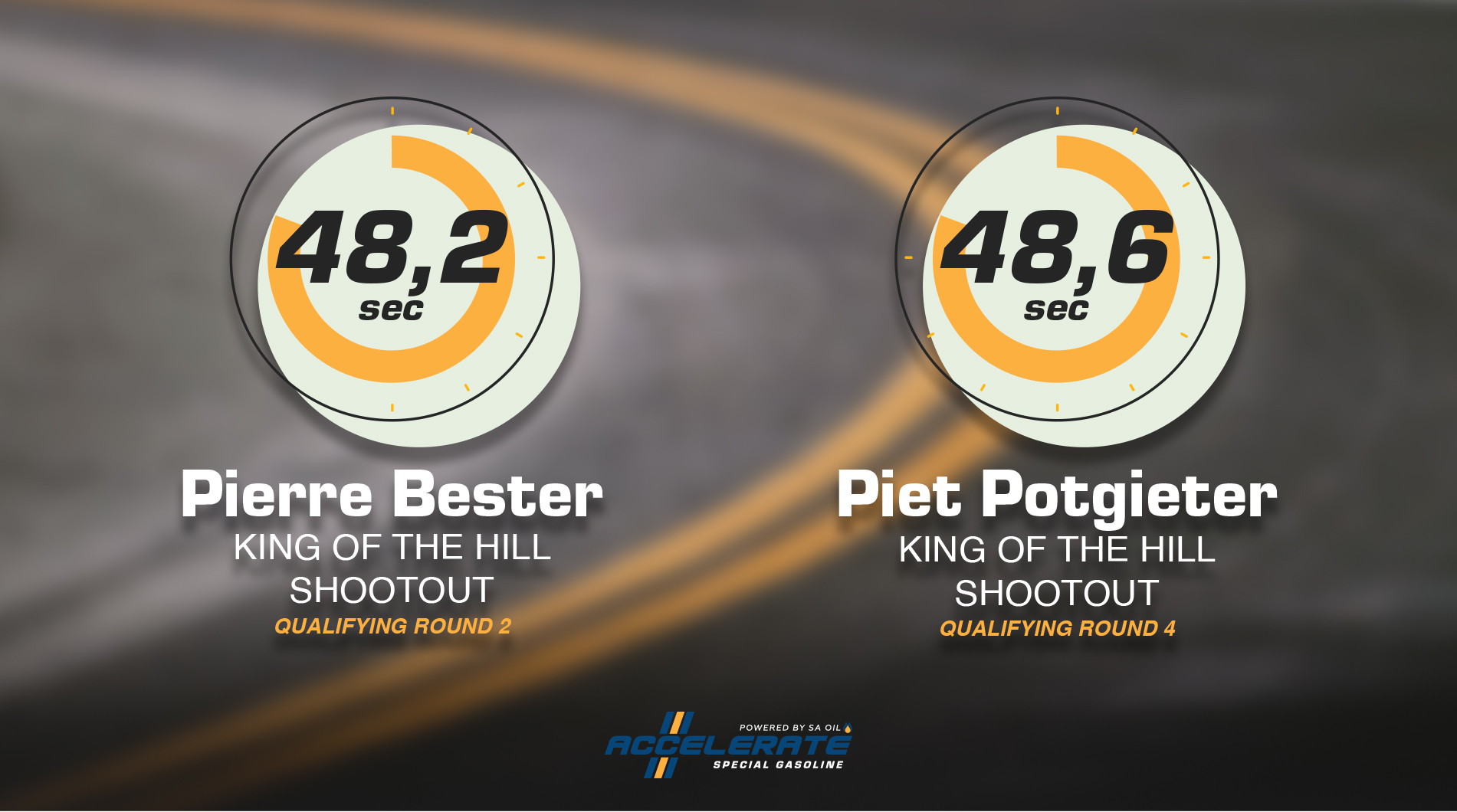 Another ACCELERATE Special Gasoline fuelled driver who saw success over the motoring weekend was classic car racer Trevor Tuck. Tuck’s hand-built Alfa Romeo Giulia GTAm drove it’s maiden race like a dream, performing well on an otherwise wet and miserable Friday in Knysna, allowing Tuck to maintain the champion title he’s now held for three years in a row! Here’s what he had to say about his first experience using ACCELERATE Special Gasoline…

“Our dyno sheets and the results on the day proved beyond a shadow of a doubt that we were dealing with something special – more power than we have ever achieved before… a much better burn rate in the combustion chamber… power was stable… fuel air ratio was absolutely optimal for our engine… All in all, we went faster, cleaner and better with ACCELERATE Special Gasoline.” 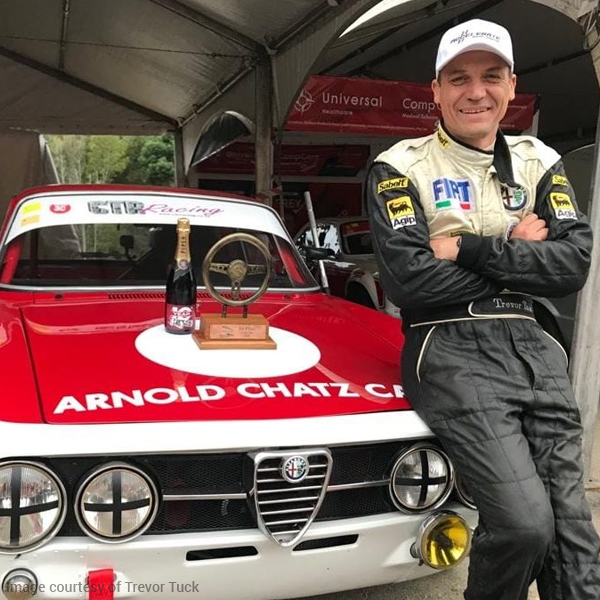 Good fuel makes a difference! This was proven at this year’s Jaguar Simola Hillclimb, where three seasoned racers fuelled up with our pure performance product and came out on top. Both teams managing the drivers expressed their admiration for the fuel as it caused no compromise with the vehicles’ fuel systems, as well as for its ability to burn cleanly. Sound like the fuel for you? Find out more about our high-performance product here…