In 2006, lead was phased out of gasoline in South Africa – a decade after the USA and EU. But why did gasoline contain lead in the first place, and what’s so special about lead replacement additives, like that in ACCELERATE Special Gasoline – a premium unleaded race fuel? READ MORE… 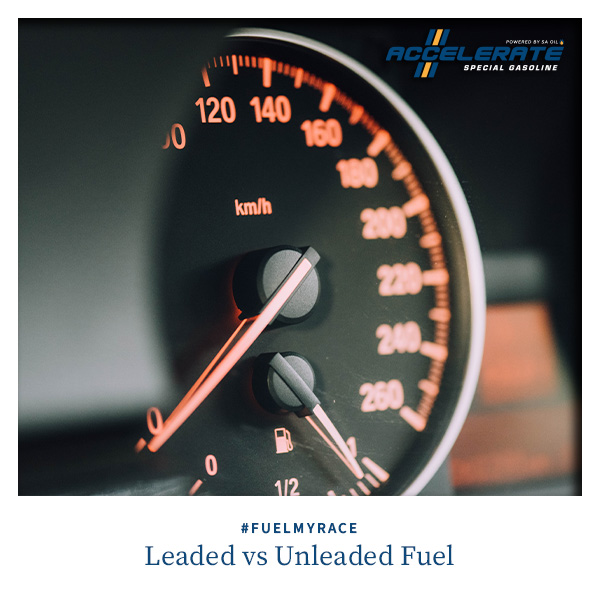 Why Was Lead Added to Fuel?

Leaded fuel contains a compound called tetraethyl lead; unleaded fuel does not. Tetraethyl lead was added to gasoline in the early 1920s to increase a vehicles’ engine performance – early model vehicles experienced loud knocking, a pinging sound caused by the premature detonation of the air-fuel mixture in the engine or by a lack of lubrication in the upper cylinder head area. If not attended to, this can cause piston and cylinder wall damage, as well as negatively affect engine performance.

High compression engines are more efficient, but the higher compression ratio means that these engines are more susceptible to engine knock. It was discovered that tetraethyl lead could handle higher compression without auto-igniting – meaning that the added lead significantly reduced engine knocking and thereby minimised wear and tear, particularly valve seat recession, with – no pun intended! – the knock-on effects of boosting an engine’s overall performance. Leaded fuel seemed to be just the ticket to smooth, consistent power!

Why Was Lead Removed?

For a good half a century, leaded fuel was the only fuel powering most vehicles. In fact, lead was used as an additive, not just in gasoline, but in other chemical products like paints. By the 1970s, however, there was increasing evidence pointing to lead’s toxicity – and the effects on the environment and public health, and the call for the phasing out of lead-based fuels began to gain momentum.

The Effects of Lead on the Environment and Human Health

Lead has the capability to absorb into air, water and soil; causing wide-spread contamination. By the 1980s, it was noted that 90 percent of airborne lead pollution was due to exhaust fumes from vehicles running off leaded gasoline. Lead pollution has dire consequences on the environment which directly affects human health. Some environmental effects include:

Lead is extremely toxic to human health. Inhalation or ingestion of lead-contaminated soil or dust results in elevated lead levels in the bloodstream. Adverse health effects from lead exposure range from behavioural disorders and anaemia to permanent nerve damage and mental retardation. Prolonged exposure results in lead poisoning which can be fatal.

How Does Unleaded Fuel Differ from Leaded Fuel?

By the mid-1970s, car manufacturers had begun installing catalytic converters – exhaust emission control devices – to reduce toxic by-products into less hazardous substances. It was soon evident, however, that the flow of emissions became blocked due to the build-up of lead particulates in vehicles’ exhaust systems. This called for another, more permanent solution – unleaded gasoline. Leaded gasoline was phased out in the United States in 1996, 1998 in the European Union and in South Africa in 2006 (prior to that, South Africa had of the highest levels of lead in petrol used anywhere in the world!). Today, just two countries in the world still use leaded gasoline.

The Benefits of Unleaded Fuel

The Importance of Using the Right Race Fuel

When it comes to your high-performance engine, choosing the right fuel is crucial. Racing fuel needs to provide maximum speed and engine performance on a consistent basis. High-performance vehicles often require valve seat protection qualities, like that of SA Oil’s ACCELERATE Special Gasoline, which contains a race-proven lead replacement additive. This lead replacement additive acts in the same way that lead does, but without the environmental and health hazards, leaving a microscopic layer on the valve and seat, protecting against valve seat recession. In addition, ACCELERATE Special Gasoline has a 102-octane rating, providing pure energy and power for peak performance. Find out more…