Hear the word oil, and immediately the Middle East springs to mind – this region of the world boasts four countries in a list of the world’s top ten oil producing countries – or even the Americas, which also lays claim to four of the top ten spots on that list. Africa may not (yet) make the top ten, but the world’s second largest and most populous continent, is no slouch when it comes to oil production. Here’s a quick roundup of Africa’s top oil-producing countries… 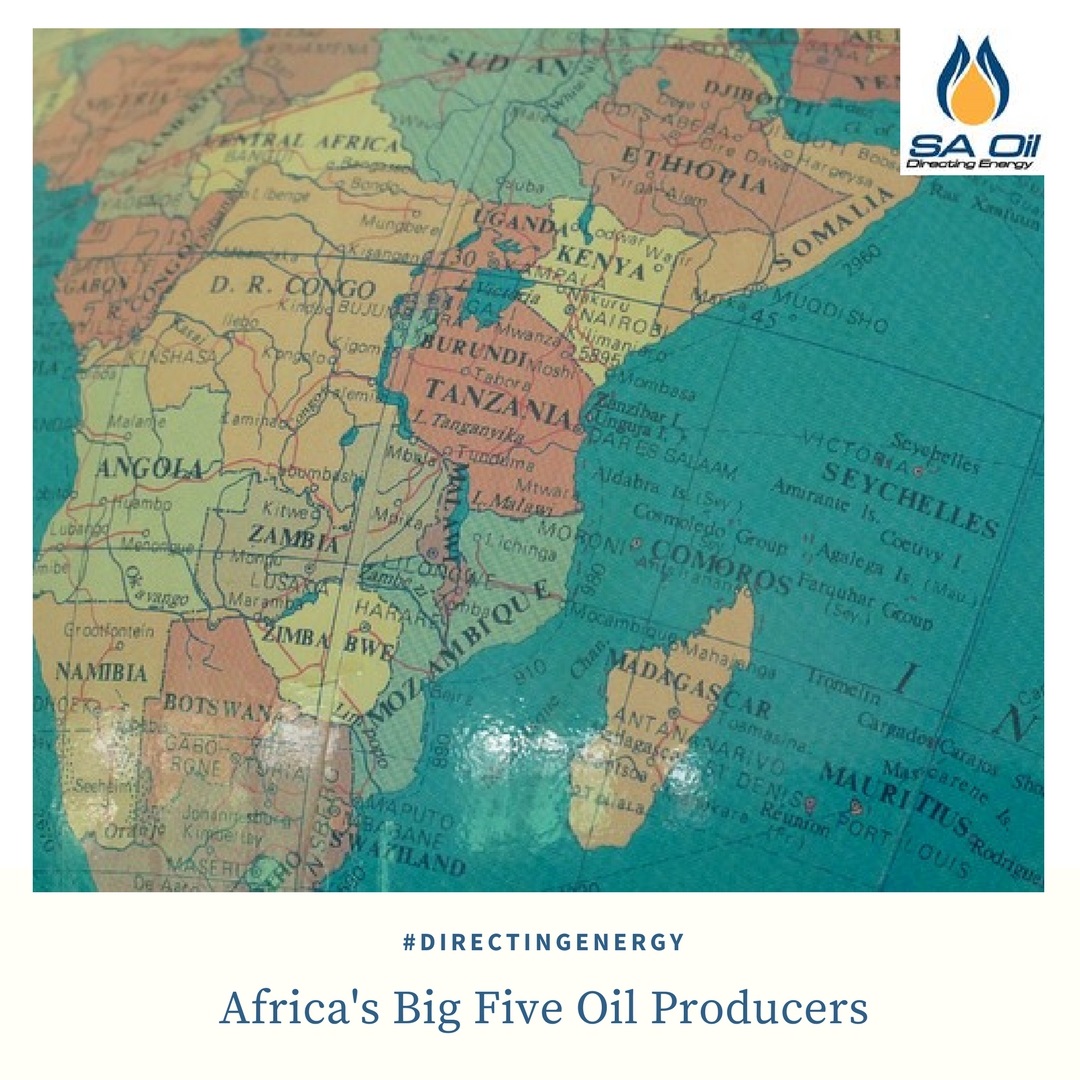 Libya’s first oil fields were discovered in 1959, and the Northern African country holds the continent’s largest oil reserves. But, rocked by political turmoil since the 2011 revolution which overthrew dictator Muammar Gaddafi, oil production has been reduced. Heavily targeted by militants – the prize in the ensuing civil war – revenues from Libya’s ‘official’ oil industry are down, while black market oil has boomed. As rival militias continue to fight over oil fields, storage terminals and pipelines – and with a shaky central government – it’ll be some time before the situation stabilises.

Egypt not only has Africa’s biggest petrochemical refinery (it has nine in total), but has the sixth largest oil reserve (mainly offshore) and is the continent’s fourth biggest producer of oil. Oil was first discovered in Egypt in the early 1900s and, in the decades that followed, its oilfields became embroiled in a tug of war between the North African country and its Middle Eastern neighbour, Israel, before Egypt finally secured control of its Sinai oilfields in the early 1980s. Positioned between Africa, the Middle East and Europe, and with the Suez Canal, Egypt is a strategic energy centre, with oil one of the country’s top exports. In the wake of the 2011 Arab Spring uprising, which led to the resignation of Egypt’s long-time ruler, Hosni Mubarak, the country experienced a period of instability which affected all areas of the economy, including the oil industry. With a moderate president currently in office, and the political situation settling, Egypt is working hard at attracting investment back into oil and gas.

This North African country, the largest in Africa, has had a tumultuous recent history. In the mid-twentieth century, there was its bitter and violent separation from its erstwhile colonial power, France, which after years of bloodshed, culminated in independence in 1962. Holding the 16th largest oil reserves in the world, the country was characterised for much of its post-liberation era by a one-party state controlled socialist system, and nationalistion (including its oil fields, first exploited in the 1950s). Notwithstanding its good infrastructure, high literacy rates and large middle class, over-dependence on oil lead to economic stagnation, which in turn, led to social unrest in the 1980s, and an almost decade-long civil war, which finally ended in 2002. Since then, the country has benefitted from moderate yet authoritarian rule, and the current president, Abdelaziz Bouteflika has pushed for national reconciliation, socioeconomic development and diversification of the economy.

First discovered in the mid-1950s, oil – along with minerals from mining – brought Angola substantial foreign earnings. But then came a bitter liberation struggle with colonisers Portugal, and nearly three decades of civil war post-independence, during which there was a loss of vital skills from the country, destruction of infrastructure, and failure of the economy (the country, for example, once a nett exporter of food, became a nett importer). Happily, Angola has since found a modicum of stability. The country’s current economic growth is being driven primarily by oil exports, and it’s hoped progressive policies, rebuilding infrastructure, investing in education and a drive towards modernisation can help lift the living standards of the majority of the Angolan population, 80% of which depends on subsistence agriculture.

Nigeria is an oil-rich country, with a type of light crude much in demand in North America and Europe. Since its first oil field came online in 1958, the Nigerian oil and gas industry has expanded rapidly, catapulting the country to the first spot on the list of Africa’s biggest oil producers. The Oil and gas industry has helped fill state coffers, with two thirds of state revenue coming from this industry. Over-reliance on oil, however, combined by corruption and mismanagement, stagnated the Nigerian economy. Now, after decades of military dictatorships, characterised by coups and counter-coups, Nigeria is steering a democratic and progressive course – this approach has led to economic growth, a burgeoning middle class and the development of a diversified economy.